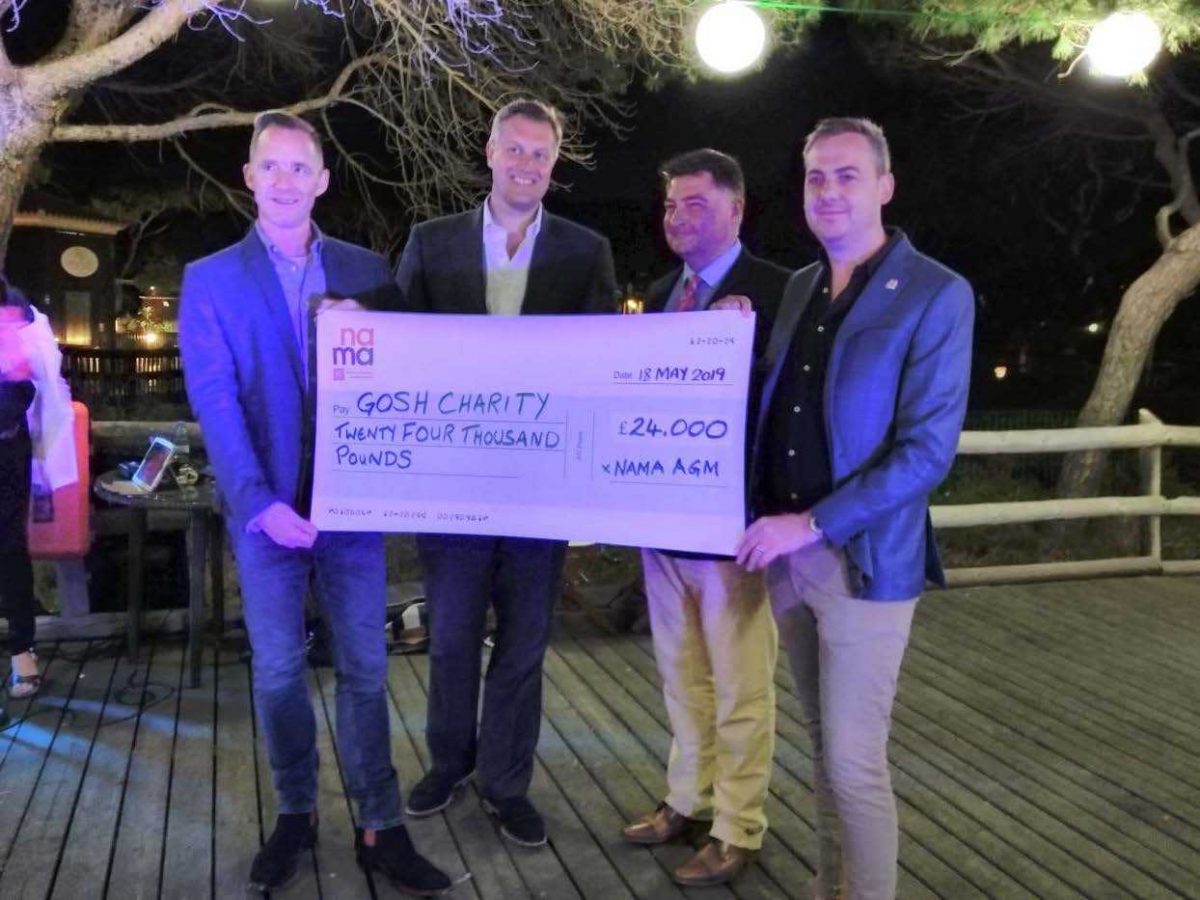 NAMA held its annual AGM on the 18 May in the Algarve, Portugal.

During the AGM it was also announced that Stuart Pearson from BCA would take over as NAMA chairman from James Tomlinson of The Motor Auction Group (MAG), and Andrew Walker of Fleet Auction Group (FLAG) was officially appointed as Vice Chairman.

This year’s AGM was extra special as it marked 50 years since the association was founded. As always the event was well attended by members and was overall a positive and informative meeting with constructive discussions regarding the UK auction industry.

We are extremely pleased with the amount raised for Great Ormond Street and would like to thank everyone for their generous donations.